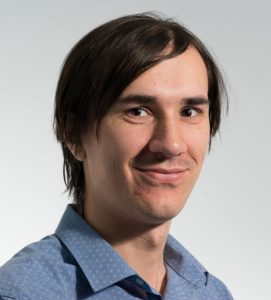 Joshua graduated with a bachelor’s degree in Robotic & Mechatronic Engineering (sub majoring in sustainable design) at University of Western Sydney in 2016. His major project involved implementing an autonomous delivery robot to work inside of an office environment, dealing with moving and non-moving obstacles and being able to locate exactly where it was. He joined W&S Plastics in March 2017 in the role of continuous improvement (CI) engineer.

In his time here, he has worked on development projects to improve existing systems, productivity and find or construct creative solutions to problems. He has also completed vision systems training and ABB robotic programming whilst at W&S.

Joshua’s largest project at W&S has been designing, building & programming a fully automated printing system which is directly attached to the molding machine. This system takes plastic moulded parts from a moving conveyor, places them on to an automated printer, then removes them once printed and presents them to an operator for packaging. This was all done within a tight cycle time and physical space.

Outside of work Joshua spends a lot of time walking, either in the bush or along beaches.